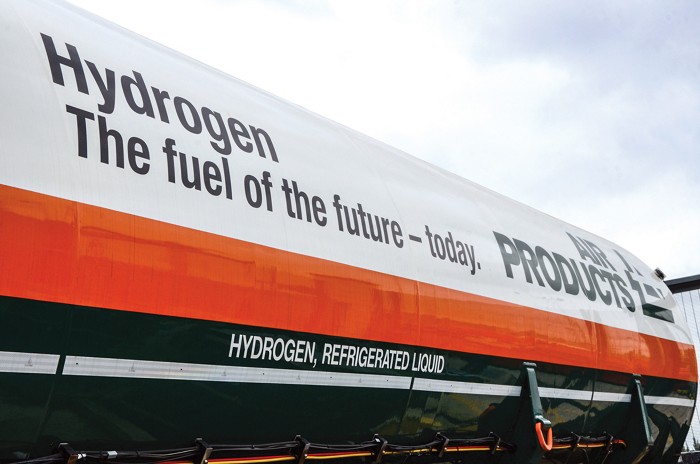 gas maker is teaming up with the energy firm AES to build a $4 billion complex in Texas that it says will be the largest green hydrogen facility in the US.

Scheduled to open in 2027 on the site of an old coal-fired power plant in Wilbarger County, the complex will include water electrolyzers capable of producing over 200 metric tons (t) per day of hydrogen. The electrolyzers will be powered by about 1.4 GW of wind and solar power facilities that a joint venture of the two companies will build.

The venture will sell hydrogen to Air Products for distribution to the transportation market and for new industrial uses that Air Products declines to identify. Over its lifetime, the company says, the project will circumvent more than 50 million t of CO2 emissions, which would be generated in conventional natural gas–based hydrogen production.

For Air Products, the complex is the latest in a wave of big-ticket investments in green hydrogen. In 2020, the company announced a $5 billion deal with the Saudi energy firm ACWA Power to build a complex producing about 650 t per day of hydrogen. It is eying a similar complex in Oman. And in Massena, New York, Air Products plans to spend $500 million on a hydroelectric-powered project that will produce 35 t per day of hydrogen.

Air Products is also investing in blue hydrogen, made from natural gas with the capture and sequestration of by-product carbon dioxide. Last year the firm announced a $4.5 billion project in Ascension Parish, Louisiana, the largest of its kind in the world to produce such blue H2. The firm plans another blue hydrogen project in Canada.

On a conference call with stock analysts, Air Products CEO Seifi Ghasemi called the Texas venture “by far the largest green hydrogen project that anyone is doing in the United States.” And pointing to the project in Louisiana, he called the company the leader in both blue and green hydrogen.